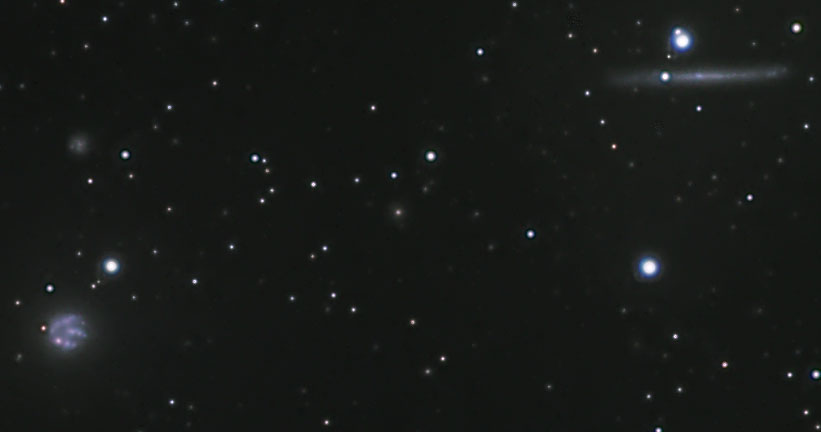 IC 2233 is the edge on spiral at upper right.  Classified as SBcd and referred to as a super thin galaxy.  Mathews (2005) reports a vertical neutral hydrogen component with complex kinematics and possible evidence of component orbiting the disk at ~45 degrees.  Distance is approximately 35 Mlyr.

NGC 2537 is the dwarf irregular galaxy at lower left.  Studies cannot find a reason for it's morphology.  It is not interacting with NGC 2537A (faint galaxy at center left).  NGC 2537 is a approximately 21 Mlyr.