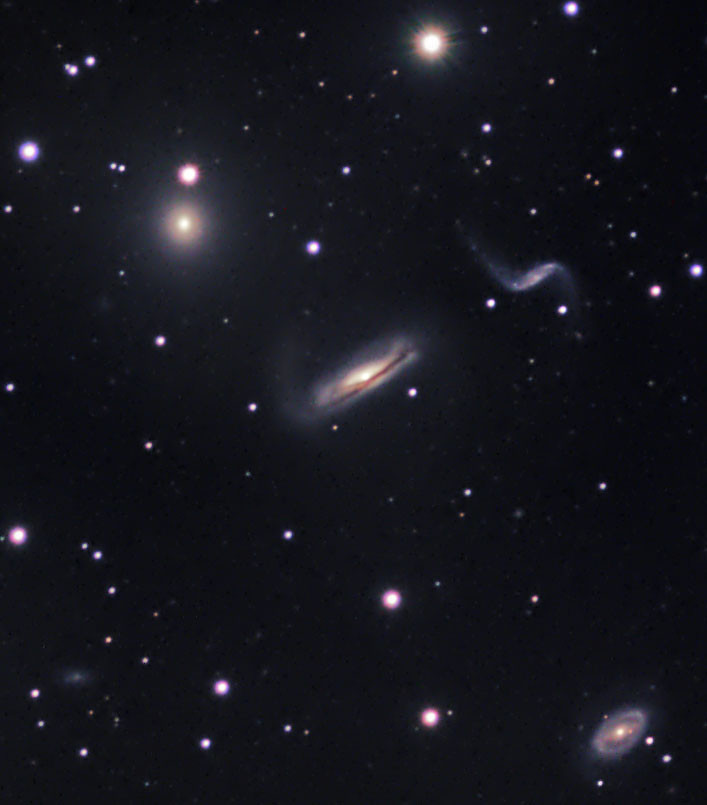 The faint galaxy at lower left is not identified in any of the available references.