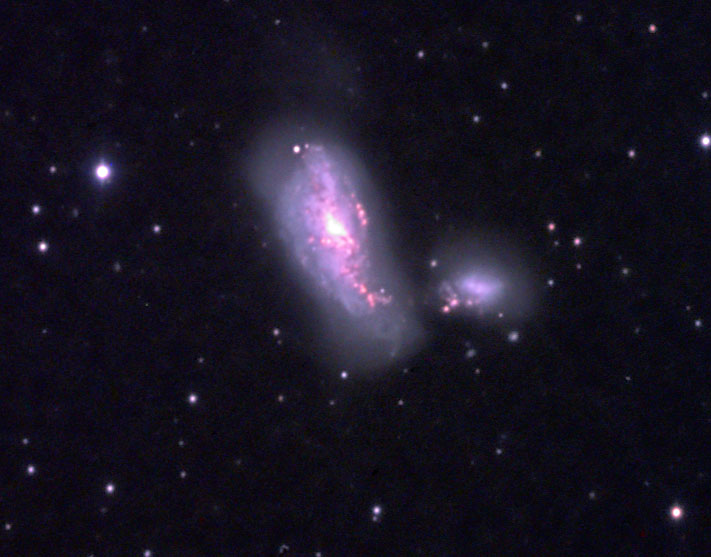 An interacting galaxy duo.  NGC 4485 is the smaller galaxy.

Approximately 40-50 million years ago the two galaxies passed very close to or through each other causing a warping of each.  It is believed they were both typical spiral galaxies prior to the encounter.  They are now about 24,000 light years apart but are still connected by a trail of stars.

Note the halo of faint stars surrounding NGC 4490, the halo is identified as LEDA 89542.