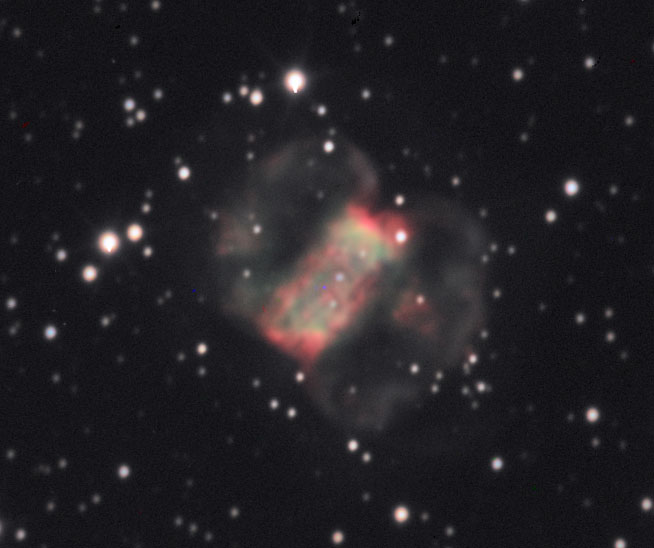 M76 is a bi-polar planetary nebula.  The two faint lobes are the materials ejected from the pole regions of the star, the material forms a bubble around the central portion.  The bright ring is the material ejected from the equator of the star.   Bi-polar planetary nebula usually form when a star sheds the outer shell in gentle puff followed by a later more powerful ejection of materials.  The later ejection is shaped by the resistance of the material initially ejected to form the two polar lobes.   If we were situated such that our line of sight was on the polar axis of this star, the resultant image would be very similar to M57, the famous Ring Nebula.