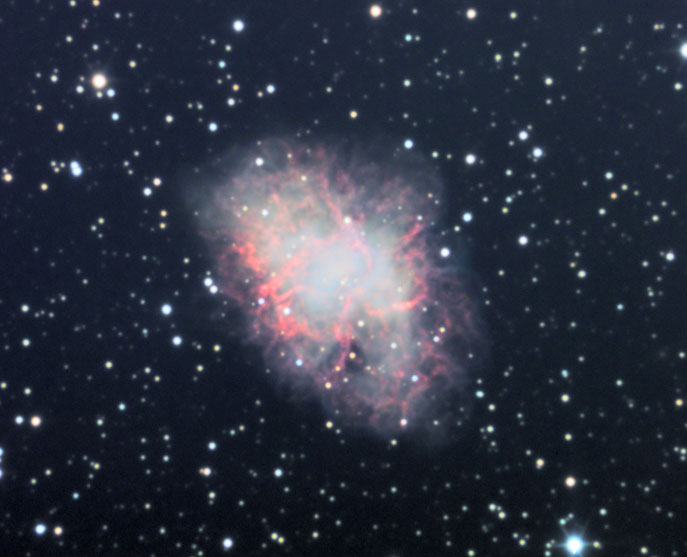 M1 is the most studied super nova remnant and is the first entry (and causative factor) in Charles Messier's index of bright nebula.  The nebula is believed to be formed from the supernova of July 4, 1054AD.
Chinese Astronomers recorded the appearance of the supernova and continued to study it until it disappeared in 1056 AD.  There are no European records of the supernova even though it must have been the brightest object in the night sky.  There is a suggestion that religious intolerance prohibited the study or discussion of the guest star.  American Indian rock paintings in the desert southwest recorded the event.    The nebula is expanding  approximately 50 million miles per day, is approximately 6 light years in diameter and is 6,300 light years distant. (Burnham)